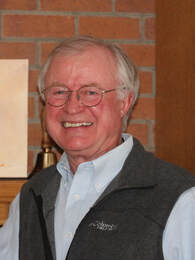 Robert Seabeck began drawing and painting very young, working in a representational manner.  As a student he was influenced by abstract expressionism.  Following the completion of his degrees, he returned to working within the tradition of representationalism.  Realism has historically been a strong direction in American art.

Robert attended Casper College and graduated undergrad at University of California, Long Beach.  He has been the beneficiary of the expertise of many fine teachers.  He received his MFA at the University of Wyoming in Laramie.  Over the years, Bob has been represented by several galleries in Georgia, Texas, New Mexico, Colorado, and Wyoming and now is represented by him self.  His work is in museums and private collections.  His mainstay has been private commissions and he has many satisfied customers!